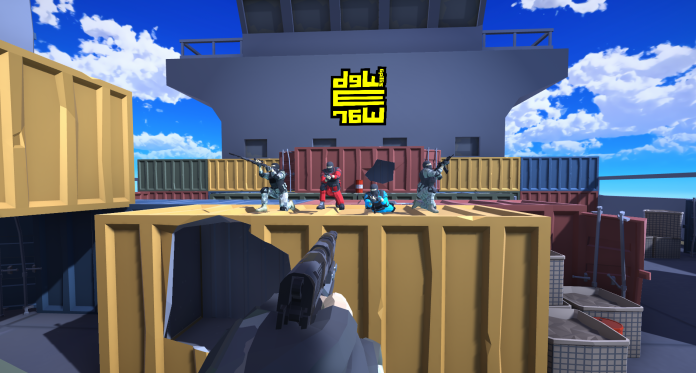 The article is sponsored by WEB3WAR. Play for free here.

With the blockchain technology, online gaming is rapidly evolving, and WEB3WAR is a fascinating illustration of how that can really help gamers find value.

WEB3WAR is a fast-paced multiplayer shooter that rewards skillful players with tokens they sell for real cash. Secured by the Zilliqa blockchain, WEB3WAR rewards players who play a lot with FPS tokens that they sell, trade or use to buy cosmetic skins, seasonal content, and other in-game items.

WEB3WAR is a cross-platform, multi-progression FPS which gives a smooth gameplay and high-skill mechanics, along with a wide range of game modes and maps. Players can customize their loadouts to match their weapons and skill sets, all together before moving into battle, from their equipped weapons to their melee weapon types and appearance.

In WEB3WAR, the players with the best intentions and the fastest reflexes will climb above the top and earn cash for their efforts.

Many free games are accused of being paid-to-play. The system where players buy from their own items boosts performance and gives them an unfair advantage. WEB3WAR brings that concept back to its point of view by creating a solid playing environment and rewarded the best players by a Skill2Earn system.

These tokens are used to sell tokens for real money or buy in-game products. Instead of paying to win, you’ll be paid to play and for better in the game. The better you play, the better you earn.

The skin and other cosmetic items in WEB3WAR are truly owned by players and are currently represented on the Zilliqa blockchain. This means that they can either be sold for real cash or even used in other games.

Everything you earn and unlock in WEB3WAR is yours and has real value. There’s some great value for the rewards.

With the use of a number of modes, we have the sandbox and the ranked games, while the latter gives a competitive environment where you can earn tokens for proving your skill in high-quality arenas.

In a standard game of WEB3WAR, players earn points to each enemy they kill. After the match has finished, the players who perform the best will receive the lions share of money-back tokens. It means that even if you are on the losing team, you can still earn for best out of your teammates.

This game is currently available in public beta for Windows but is currently being released on a range of other platforms in the future, including Mac and Linux. WEB3WAR will be available on the next Xbox Xbox X.

We keep updating our maps and content for this beta phase. All this, which is continuing until the official launch, will be published with the regular release of seasonal content that brings new weapon skins, maps, character models and more.

Play the free public beta now to get to the game mechanics as the beta progresses.

Learning maps and the game will give you a more relevant game title ahead of other players for the official launch, and make it easier to prove his abilities and earn FPS tokens.