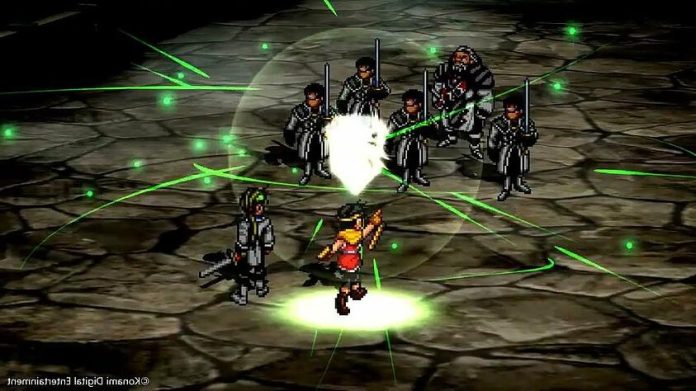 Konami released a second battle clip of the I-II HD Remaster Gate Rune and Dunan Unification Wars. You should definitely see it.

We get 25 seconds of fresh battle impressions from the Suikoden I/II’s Remaster Gate Rune and Dunan Unification Wars. Now is a lot of pixel charms sprayed.

Suikoden, IHD Remaster Gate and Dunan Unification Wars will be released to PS4, Xbox One, Switch and PC later this year.

The game’s action-playing effects and the amplification of a creative art form has been revamped redesigned. Bringing memorable scenes to life in a more beautiful way – even by lighting, cloud and shadow animations of the flickering flames, dusting smoke, the movement of leaves and insects.

New caribou drawings were taken by another character.

All characters and portraits are revised in HD. Junko Kawano, who designed the original version of Suikoden released in 1995, redrawn all of the characters for the Suikoden I HD Remaster Gate Rune War.

Ambient sounds a lot of sound of the original version, like, as it is, the sound of flowing river water, wind, insects, and footsteps. Battles. You can also evoke sound effects. A realistic sound is more precise than a 3-D synthesis, and the effects of 3D work are more powerful.