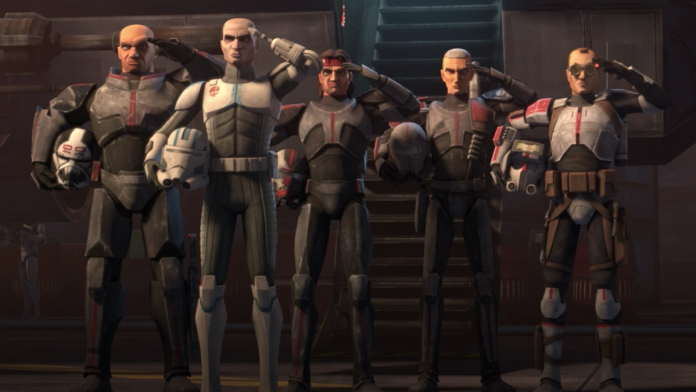 A new batch of new posters has been released before the next weeks premiere of Episode 2 of the Disney World trilogy. Those posters focused on the superhero, have only been reprimanded for the show by the titular crew.

A number of friends of Clone Force 99, also called The Good Batch, are displayed on the latest poster set. This poster highlights the Hunter, Echo, Tech and Omega posters, and shows some of their new looks for the next half-season. Hunter, specifically, sports a much more colorful armor compared to his black and red look a year ago.

The Star Wars: The bad batch Season 2 poster can be found below.

Star Wars: The Bad Batch follows the elite and experimental clones of the Bad Batch (first introduced in The Clone Wars) in a rapidly changing galaxy in the immediate aftermath of the Clone War, then is written for the first seasons synopsis. Each member of Bad Batch a unique team of clones who are genetically different from their brothers in the Clone Army has unique unique talents, which make them extraordinary soldiers and a formidable crew.

This series features the voices of Dee Bradley Baker, Michelle Ang, Rhea Perlman and Noshir Dalal. Emmy winner Wanda Sykes has made her guest appearance in the second season as Phee Genoa.

Star Wars: The bad batchhails. From the producer’s long-awaited Dave Filoni, who became integral in the Star Wars universe this past decade. The work is part of the multi-animated series the Clone Wars,Rebels and Stars Wars Resistance, as well as live-action show The Mandalorian.

This series is directed by Athena Portillo, Brad Rau, Jennifer Corbett, and Carrie Beck, while Josh Rimes is a producer.Rau is the managing director, and Corbett is the head writer.