The Path Tracing tool for Return to Castle Wolfenstein gets FSR 2, DLSS 2 and XeSS 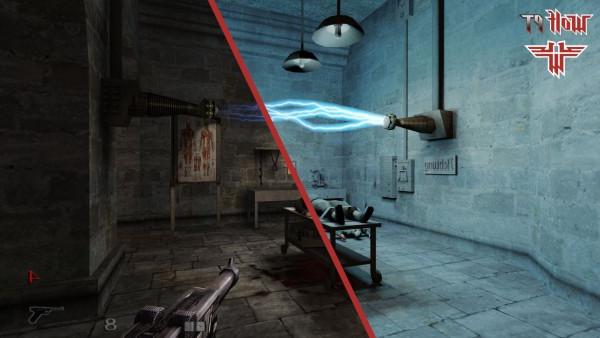 In six and a half months ago, Intel Core Technology engineer Dihara Wijetunga announced he was working on a path tracing module for Return to Castle Wolfenstein. He posted new screenshots, and the end of August. From now on, 2022 is around, and Wijetunga introduced a new implementation of all major temporal scaling technologies (AMD FSR 2, NVIDIA DLSS 2 and Intel XeSS) in the path tracing mod Return to Castle Wolfenstein.

DLSS 2 and XeSS added this weekend to RTCW’s path Tracer. After work on the path tracing, I wanted to make something simpler.

When a user asked Widgetung the release date of the path tracing module return to Castle Wolfenstein, an AMD Graphics engineer said: “This is the beginning of the quest, but the end is a good one”.

I hope that things will come to light on by the end of next year. The work is mostly solo, so is progress a bit slow.

Widgetunga also confirmed that the motion blur option in graphics settings refers to the per-object blur option, which is a much more advanced version.

Return to the castle Wolfenstein, which was originally launched in November 2001, was developed by the now-defunct Los Angeles game developer Gray Matter. By January 2004 the game would sell two million units, but with the help of the Xbox and PlayStation 2 ports, the games were still going to also sell. Critical review was very high, as shown by the average score of 88/100 on Metacritic, while multiplayer portions of the game (developed by Nerve Software and Splash Damage) received the lions share of praise.